Chat with us, powered by LiveChat
Skip to content

Free USA Shipping On Purchases Of 3 Months Or More

Each ingredient in our powerful male fertility formula was carefully selected using these 3 important criteria:

And by “clinically shown to help male fertility” we mean clinical trials showing ingredients helping with one or more of the following: At the conclusion of our exhaustive research we discovered 5 ingredients backed-by impressive clinical results for supporting male fertility.

Just take a look for yourself at the exciting research below:

LJ100 is a powerful patented extract of Tongkat Ali. There’s nothing else like it available. The results this fertility-boosting extract achieved in clinical studies are breathtaking. Just read below to find out more.

The results of this study are incredible.

Mainly because these men were told natural conception was difficult and IVF was their only hope of ever conceiving.

On average, these men were trying to conceive for 5.3 years with no luck.

Some of these men wanted to improve their fertility to achieve natural conception.

And others wanted to improve their semen parameters to qualify for a less invasive, cheaper option of Artificial Reproductive Technology (ART), like intrauterine inception (IUI).

A semen analysis was taken before and after a 9 month period.

Can you guess what happened to the low-fertility participants given LJ100?

Semen parameters improved all 75 of them!

That means every man saw his sperm numbers, movement, shape and semen volume improve by a significant amount.

But the results get even better…

But ELEVEN couples conceived spontaneously within the 9 month trial!

The results of this clinical trial are nothing short of sensational… TRY IT OUT TODAY

Remember, these natural pregnancies happened for couples who’ve been trying to conceive for 5.3 years on average.

So what happened with the other couples?

Well, with improved sperm numbers (and quality) many men now qualified for IUI. In fact, 45 couples decided to have an IUI having previously been told their numbers were too poor to expect good results.

In this double blind, randomized, placebo controlled group study there were 109 male participants.

The purpose of this study was to see if LJ100 could improve male sexual health, including semen parameters.

Researchers split this group in half.

The men given a placebo saw no improvements whatsoever.

That was to be expected…

But the group given LJ100 saw a whopping 44% increase in sperm motility.

And not only that…

This study was performed with 26 men suffering from mild erectile difficulties.

Erectile function is important for conception because many men struggling to conceive lose their sex drive over time. Sex loses its passion. And it becomes more like a duty. With constant disappointing and devastating results.

Struggling with erectile difficulties while trying to conceive can be a frustrating nightmare for couples.

That’s what makes this study so fascinating.

Because this was a double-blind, randomized, placebo-controlled study – the gold standard of medical research.

Half the men received a placebo. And the other half received a daily 200mg dose of LJ100.

The results showed men taking LJ100 scored significantly higher on all 4 sexual assessment tests than those taking the placebo.

The men taking LJ100 improved their sexual performance and satisfaction in just 12 weeks.

Panax Ginseng is an herb found in China, and used for centuries for its extraordinary health benefits. But recent clinical studies and reviews show this amazing herb could also help improve male reproductive functions and fertility.

In 2013 a fascinating review was published in a well-respected medical journal called Systems Biology in Reproductive Medicine.

This exciting review covered medical studies from around the world, focusing on ginseng’s positive effect on the male reproductive system.

Ginseng has been used traditionally for centuries to boost sexual performance and this review took a look at many impressive clinical trials telling us why.

Some of these studies were human trials and others were tests with lab rats.

With over 80 sources cited in this comprehensive review…

It was performed at the prestigious University of Rome La Sapienza in Italy.

Sixty patients with male factor issues participated in this study.

TRY IT OUT TODAY

Medical research with Wistar rats is recognized by the scientific community as applicable to humans.

Wistar rats have a 56 day sperm cycle compared to men at 64 days on average.

These rats were given Panax Ginseng for 56 consecutive days and then a sperm analysis was performed.

The researchers were blown away by what they found…

The results showed improved sperm development and… an enhanced count!

Zinc is an essential nutrient that acts as a messenger in the sperm development process. Below you’ll find 3 fascinating studies and reviews on the importance of zinc and male fertility.

Zinc is an essential nutrient meaning your body couldn’t survive without it.

Your body doesn’t produce zinc and it can’t store zinc either. Therefore, you need to get enough zinc through your daily diet or by supplementation.

Zinc is an important mineral for sexual development and reproduction. It’s also highly involved in the production of healthy, viable sperm.

She’s constantly researching and expanding her expertise on male fertility.

This new evidence proved just how vital zinc is for sperm motility and fertility.

According to medical research zinc acts as a messenger in a vital signaling process for fertility. Specifically, the signals from zinc help sperm become more motile.

Professor Chu wrote about her findings in a compelling article published in the respected journal of Biology in 2018.

The Urology Department at a Chinese university wanted to see if supplementing with zinc could benefit men suffering from male fertility issues with swollen prostates.

They took 38 men with fertility complaints and measured zinc levels in their semen and seminal parameters.

Then these men were supplemented with zinc.

A semen analysis was done at the beginning of this study and another was performed at the end.

Here’s what the researchers found…

They discovered zinc concentrations significantly improved in semen. Which is critical for sperm development.

And these results further revealed sperm motility improved after supplementing with zinc.

Selenium, like zinc, is an essential nutrient important for male reproductive function. Some studies report up to 40% of men with fertility issues have low selenium levels. And more fertile men are shown to have higher levels of selenium than less fertile men.

A study published in 2018 is shedding new light and hope for men struggling with fertility issues.

The focus of this study was to see if supplementing with selenium could improve semen parameters in men who were struggling.

Before the study began, participants were narrowed-down using an extensive qualifying questionnaire.

Twelve low-fertility men were selected and given 50 micograms (mcg) of selenium for 3 months.

A sperm analysis was completed before and after the study.

The results were nothing short of astounding…

All in just 3 months!

This was a major breakthrough for male fertility health.

And the good news is with Fertility Factor 5 you get 70 micrograms (mcg) of fertility-boosting selenium with each serving.

Previous studies have shown that some men with infertility issues also have low selenium levels.

So this study was aimed at seeing if supplementing with selenium could improve sperm movement and speed (motility).

Sixty-nine patients were recruited in total and then split into 3 equal groups.

After 3 months the participants had another semen analysis to compare results.

The results showed no significant changes in the placebo group.

In fact, 11% of the men receiving selenium supplementation successfully conceived within 3 months.

Those who received selenium with vitamins A, C, and E saw no additional improvements over the group taking selenium only.

This is another study suggesting selenium could help men struggling with male factor issues.

BioPerine is a patented black pepper extract clinically shown to improve the effectiveness of natural nutrients. Essentially, adding BioPerine to Fertility Factor 5 is like installing a supercharger… making each ingredient even more effective!

SYNERGY: BioPerine Clinically Shown to Increase Bioavailability of Selenium in Humans by 30% More In Just 2 weeks!

Selenium is an essential nutrient which plays a critical role in sperm production and male fertility. That’s why it’s in Fertility Factor 5®‘s formula.

And by improving the bioavailability of selenium the fertility boosting effects could multiply.

In this particular study (double-blind) selenium supplementation was evaluated alone and in combination with BioPerine.

Here’s what the researchers found: Those given the combination with BioPerine saw 30% higher levels of selenium in just 2 weeks compared to those who just took selenium alone.

This study suggests Bioperine in combination with selenium could improve its effectiveness thus possibly improving male fertility even more.

Many nutrients have been tested in combination with BioPerine.

These studies include zinc and selenium which are two critical nutrients for fertility.

When natural nutrients are taken with BioPerine they absorb much better making them more effective.

That’s why BioPerine was added to FF5’s powerful fertility formula – to make each proven ingredient even more effective! You hardly ever see the Federal Drug Administration approving any natural extract… ever!

But not with BioPerine…

After a comprehensive review of the safety and toxicology data by an independent panel of scientists… BioPerine received recognition from the United States Food & Drug Administration for being safe.

GRAS is an acronym for the phrase Generally Recognized As Safe (Under sections 201(s) and 409 of the Federal Food, Drug, and Cosmetic Act.)

An expert panel reviewed the data and concluded that BioPerine is indeed safe. Please try our products for 67 days and if for any reason you are not completely satisfied simply return the unused portion in the original container within 67 days of receiving your order (60 days + one week return shipping), and we will refund you 100% of the product purchase price, excluding shipping & handling. 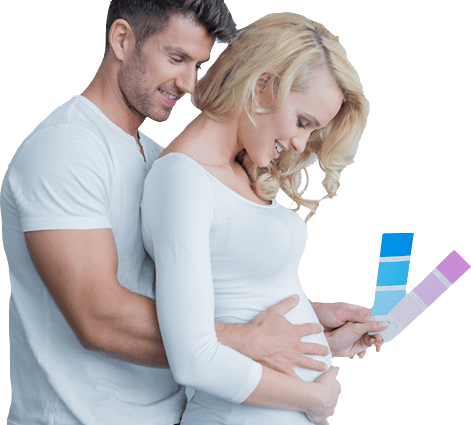 So, what are you waiting for?
Try Fertility Factor 5®
Risk-Free TODAY!